Originally named RAW Books after the owner's initials, we ultimately took the moniker Ravin. An old archaic word meaning "plunder," we thought it was fitting following the owner's Nordic heritage and the fact we got our start as merely a used bookstore. As a used bookstore, we "plundered" the local communities for books that needed to find new homes. Our goal was then and is still the continuing preservation of old books. Too many times they get destroyed, ending up in landfills. While we cannot use every book that comes to us, those we can't are recycled as a last resort. Better to be made into papertowels and save a tree than to slowly disintegrate in a trash heap.

We desire to create local bookstores that can function as community centers, where after school programs are conducted as well as fun events for everyone else.

In February of 2016, Roger had a dilemma. He worked as a facility manager and gave the company so many hours of his life that he was practically an absentee father. SO he decided to change that by starting a business. Uncertain of what to do, having worked through a bunch of ideas that were ultimately rejected, he finally decided on building his own bookstore. It made sense, as his greatest passion was working as a novelist. He brought on his assistant manager from his soul crushing job, making Mike his partner in capitalism (or crime, depending on who you ask).

From there, they began working in a small warehouse. Another one was added on after the first two months when they ran out of room. And then another. Eventually, they got a much larger warehouse and moved the whole operation into that one location, making their efforts much more efficient. Since then, they have acquired their own land and built a new building that looks like an old building! 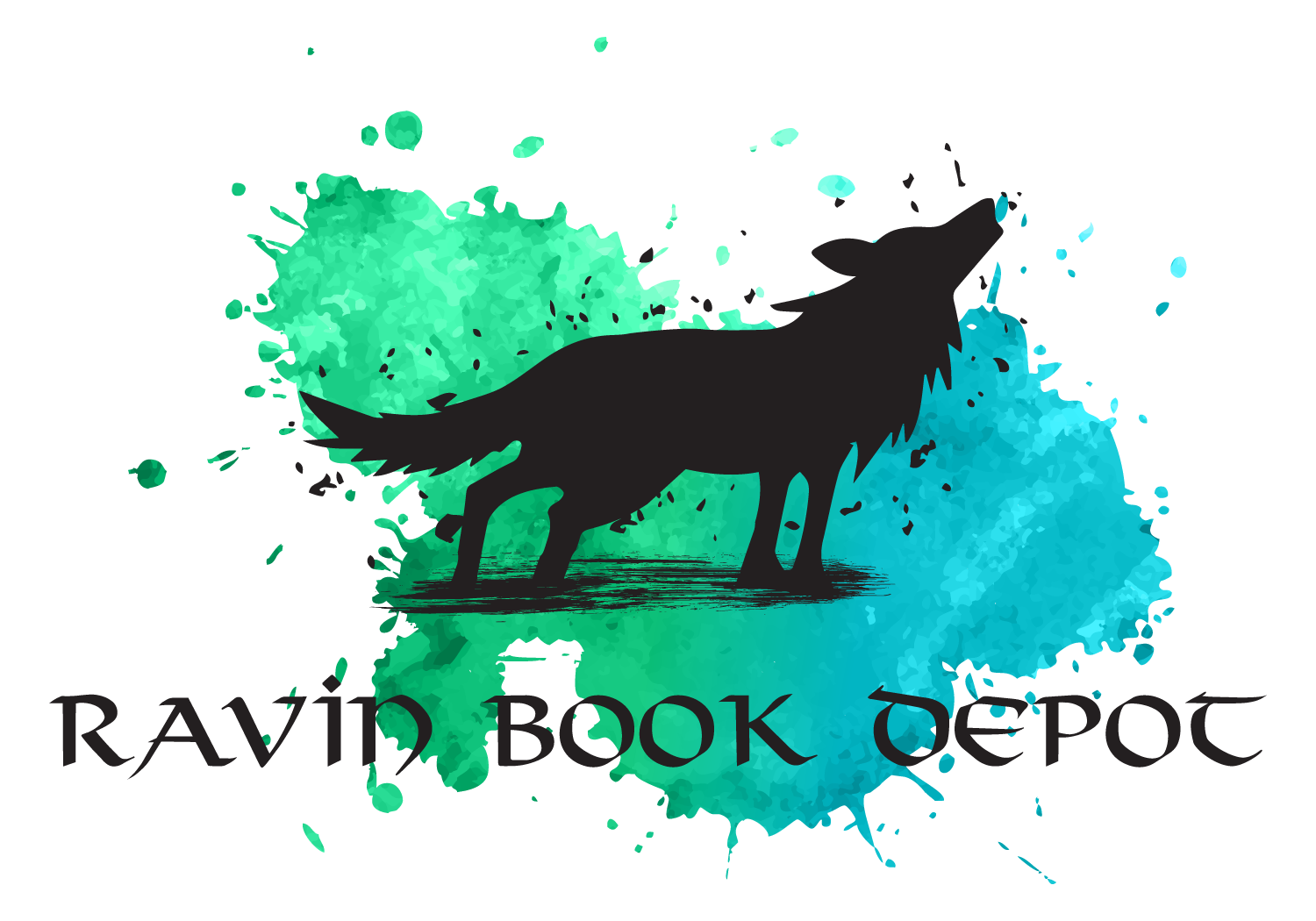 Our Logo, the child of Loki destined to eat Odin in Ragnarok. What could be more fierce than the god wolf Fenrir? Though vain at a young age, he was nonetheless clever. But his greatest attribute? Unlimited growth! The watercolor splash of blue and green represent our roots as a green company through the preservation (and sometimes unfortunate recycling) of books. The blue is for clean water and air, while the green is for clean ground and plant and animal life.