A game of Villainy and Treasure-grabbing. Fight, steal, run, and maybe betray!

You are a formidable villain; your sinister conquests are innumerable. But there is one foe that even you cannot vanquish alone, Archerex, the lord of Dragons. A hoard of treasure beyond imagining waits to be claimed, and the scales of this dragon are more valuable than any amount of gold or gems! Will your loose alliance be able to take down Archerex, or will this great dragon’s rage consume you all? 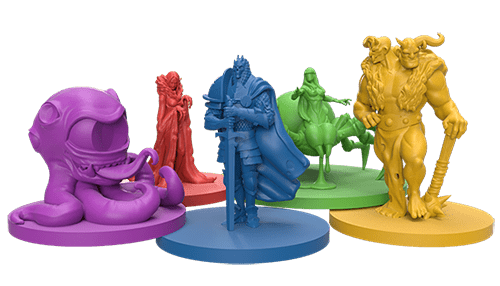 In Dragonscales, each player assumes the role of a sinister villain! Each villain has their own exclusive flavor and feel, with a variable power deck that contains their unique villainy cards.

After players have chosen their villains and the game is set up, it is time to Roll the Dice!

During this step, players simultaneously and secretly roll their dice behind their screens. Players may then reroll any or all of their dice up to two times –but beware, each die has a Dragon Rage result that cannot be rerolled! If you roll the dragon rage symbol, you have attracted the attention of Archerex, and the dragon will attack you later in the round. 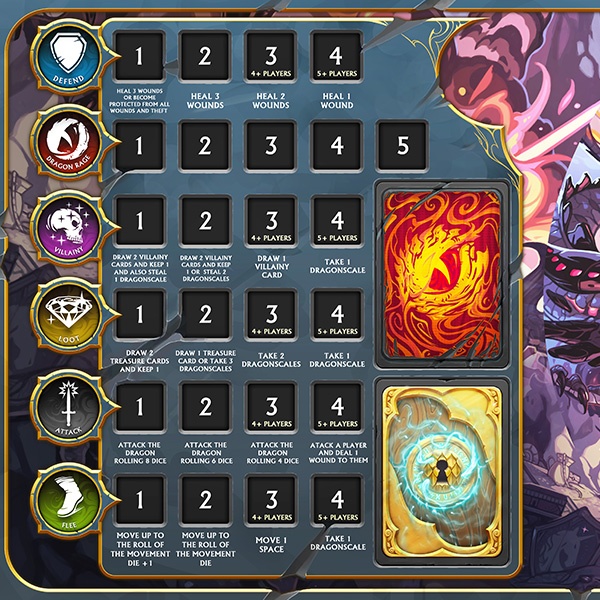 After everyone has finished rolling their dice, it is time to reveal your evil plans! When is it your turn, you reveal your dice and place them on the game board in the rows that match the symbols showing on your dice.

Place your dice in the box furthest to the left as possible, but if another player has already placed dice in the row for your action, compare the number of dice you are placing with the number of dice they have already placed in the row. If you have fewer or the same number of dice as that player, you must place your dice into the box to the right of their dice. However, if you have more dice than the player, move their dice one box to the right and place your dice into the box they previously occupied –in this fashion you can “bump” other players into less optimal positions, causing a villainous chain reaction where they may not even be able to perform an action! 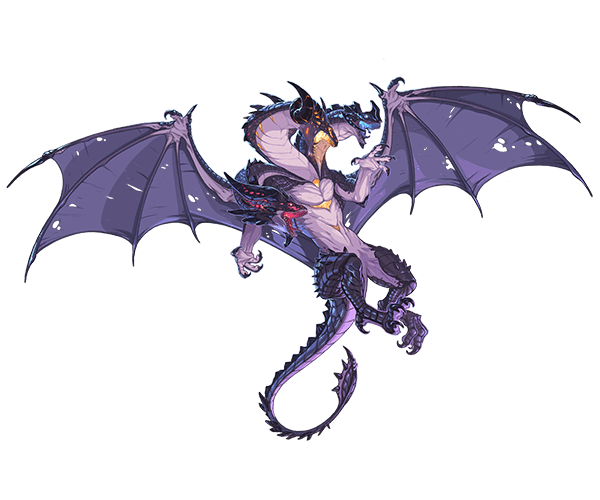 All actions are now resolved in the order they are listed on the game board, starting with the DEFEND action at the top, and going down the list.

During this step players will invoke the rage of the dragon, loot treasure, enter into combat, play sinister villainy cards, or maybe even run towards the exit! The exact actions performed are determined by the position of dice they placed on the board in each row, and the text under the occupied box on the board explains each action taken.

At this time all players take back their action dice and prepare for a new round. If at any time during the game, Archerex is defeated, or a villain reaches the Exit, the game immediately ends, and players add up victory points to see who is victorious. Depending on the method that game ended, different bonus points (and penalties) are awarded!